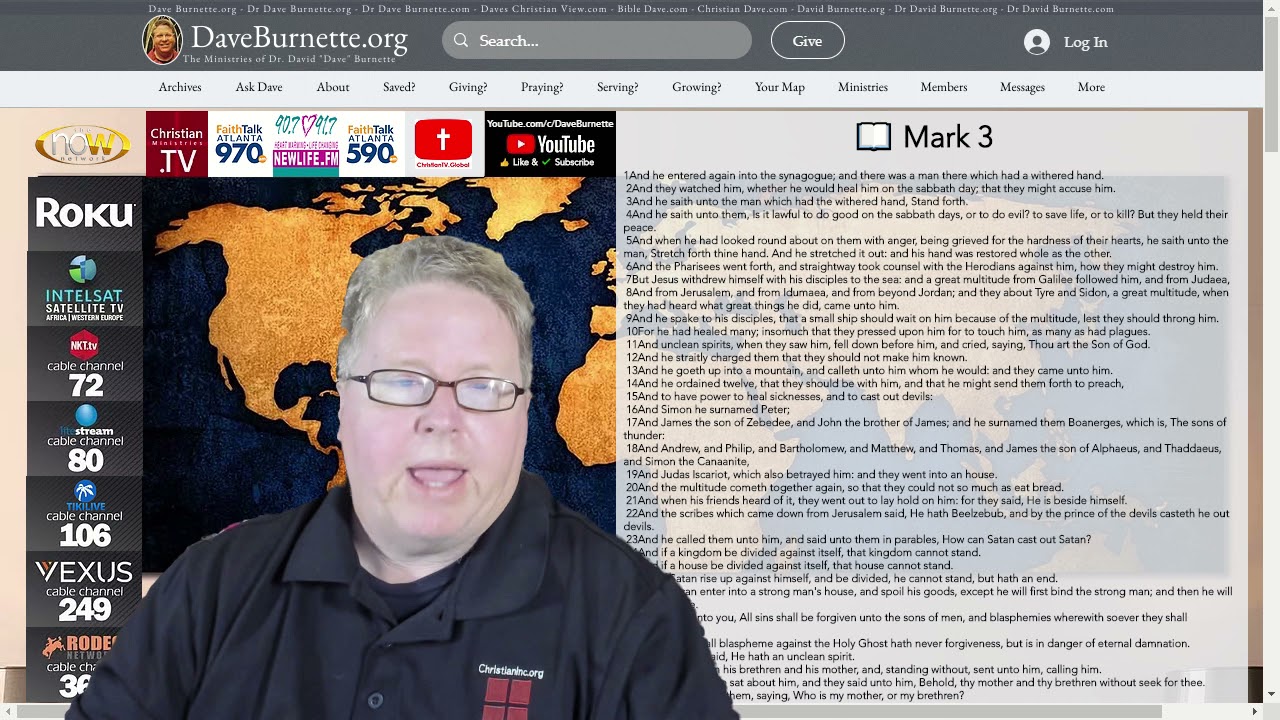 Mark 3 ✒️ Are You Ignoring the Holy Spirit? 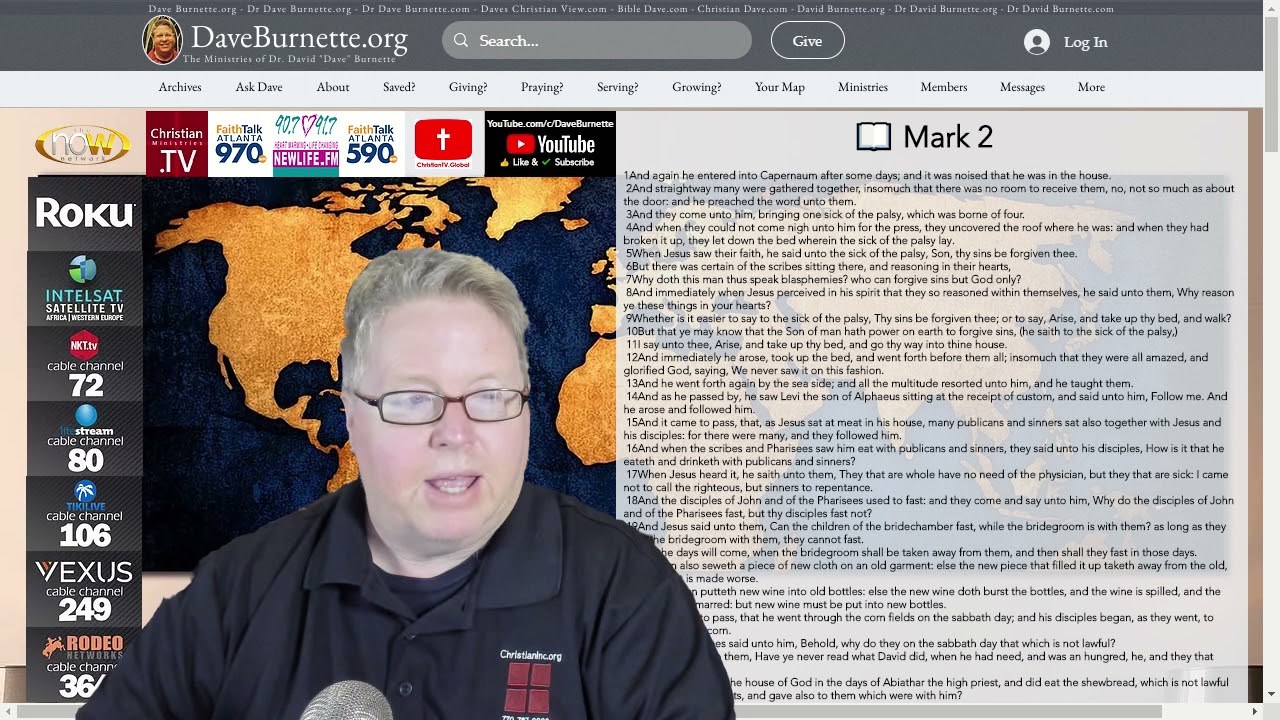 Mark 2 ✒️ Bringing Others to Jesus 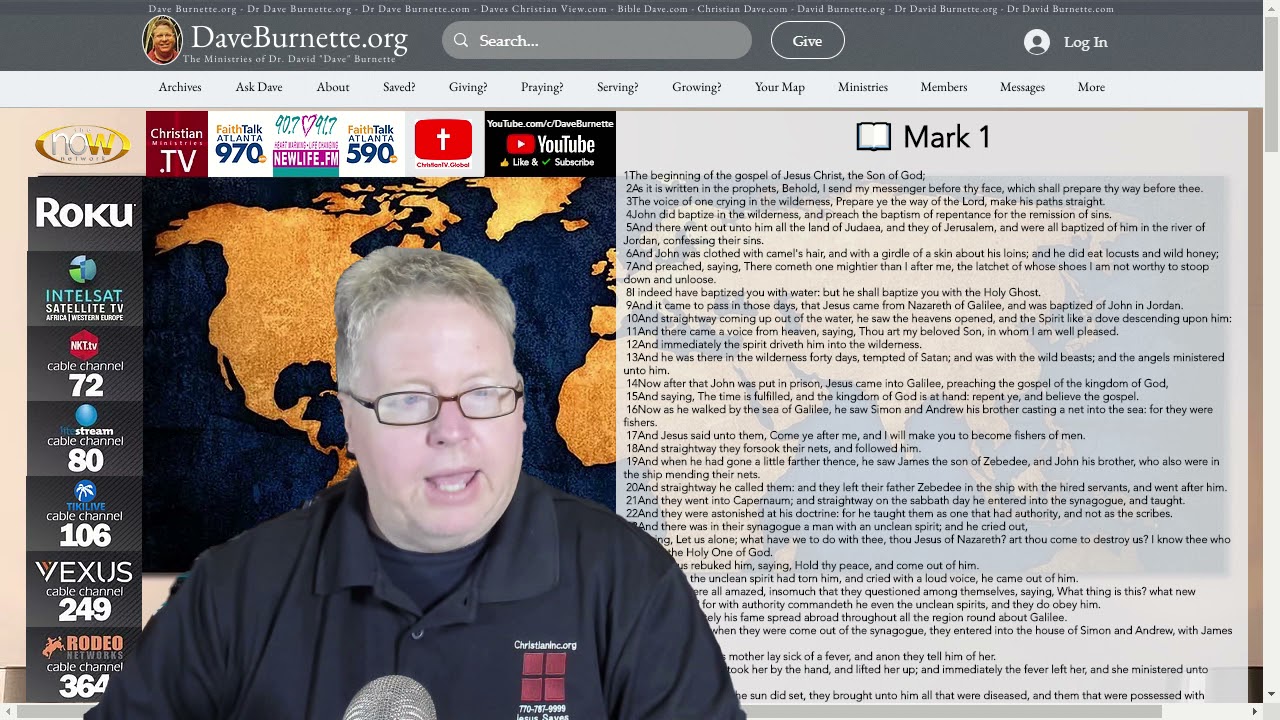 Mark 1 ✒️ Have You Repented? 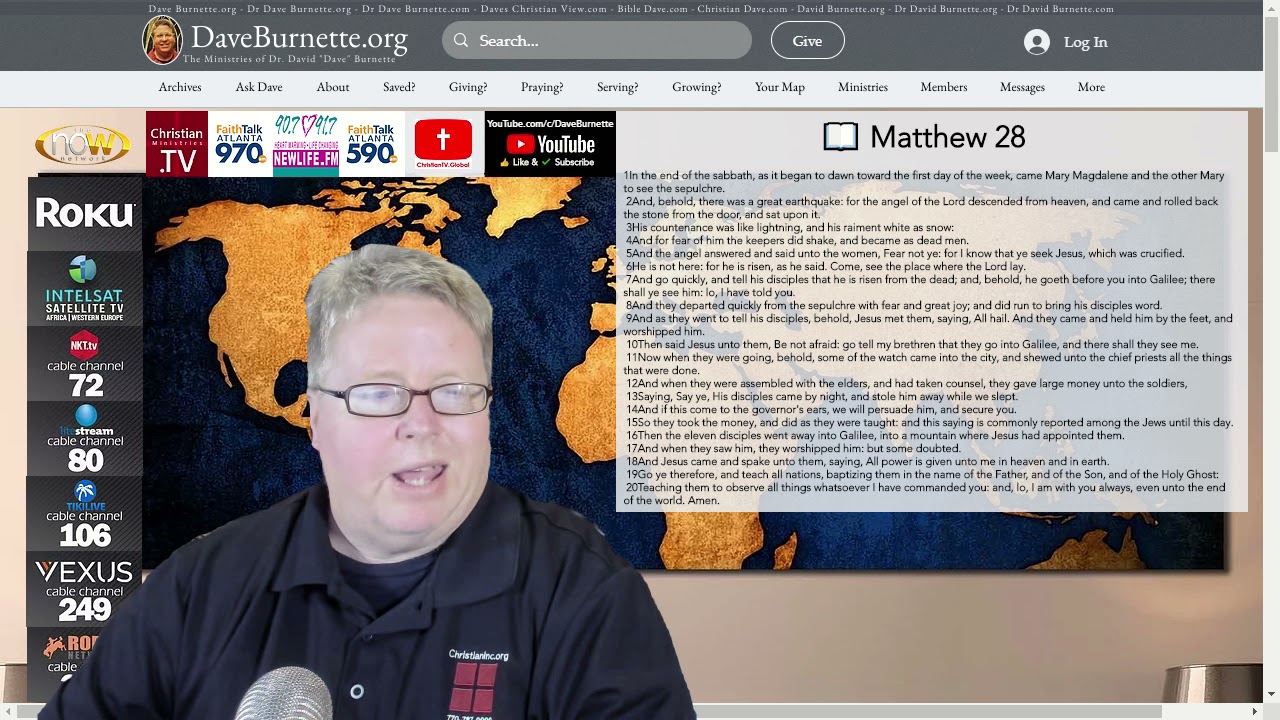 Matthew 28 ✒️ You Can Have Resurrection Power 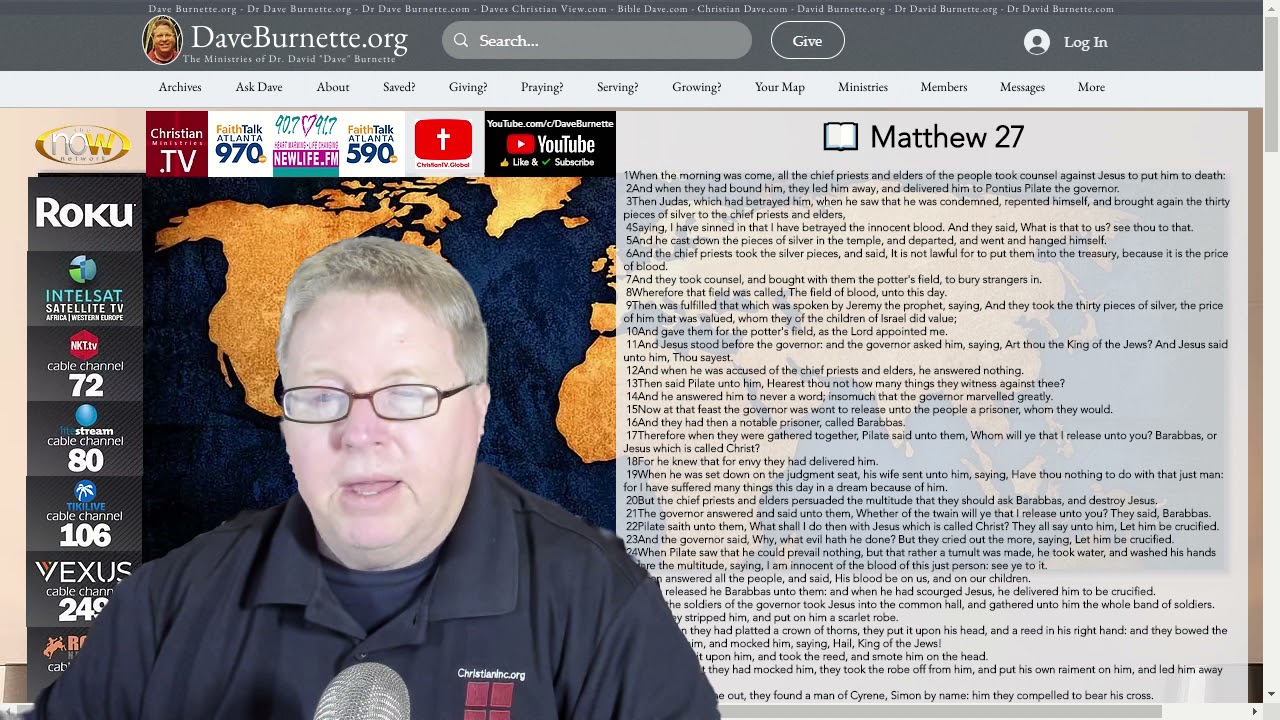 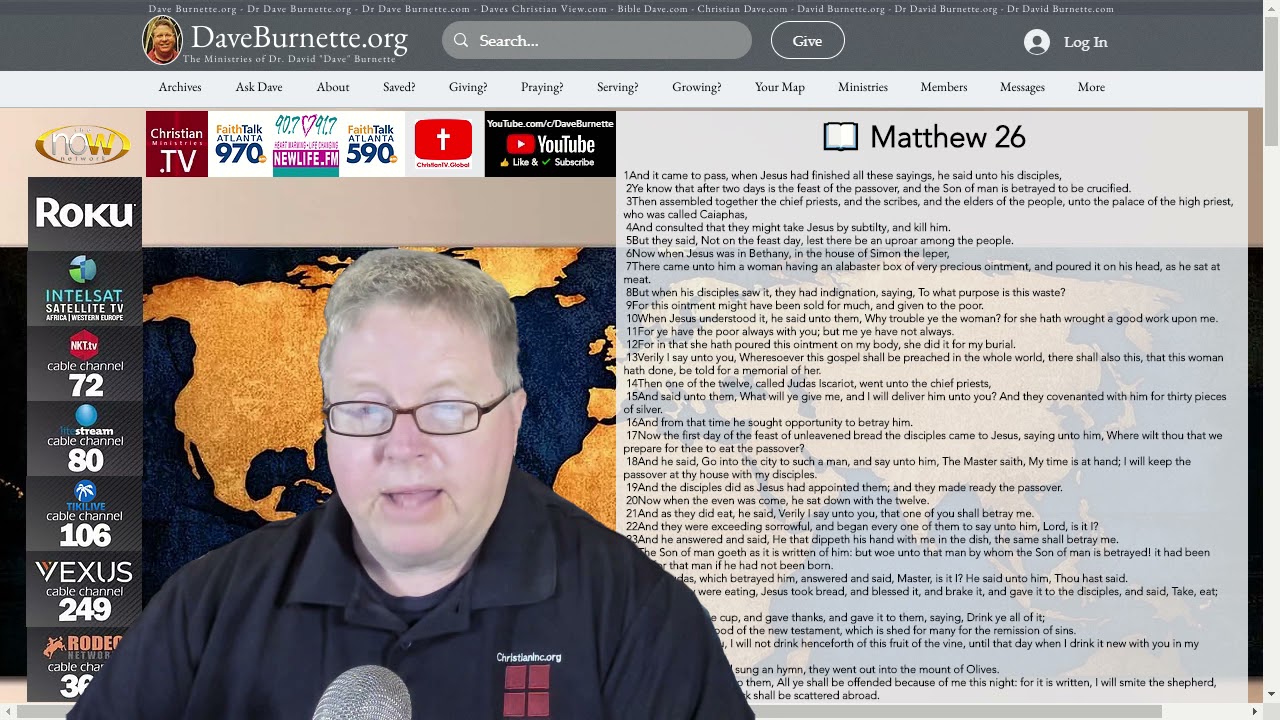 Matthew 26 ✒️ Do You Worship the Lord? 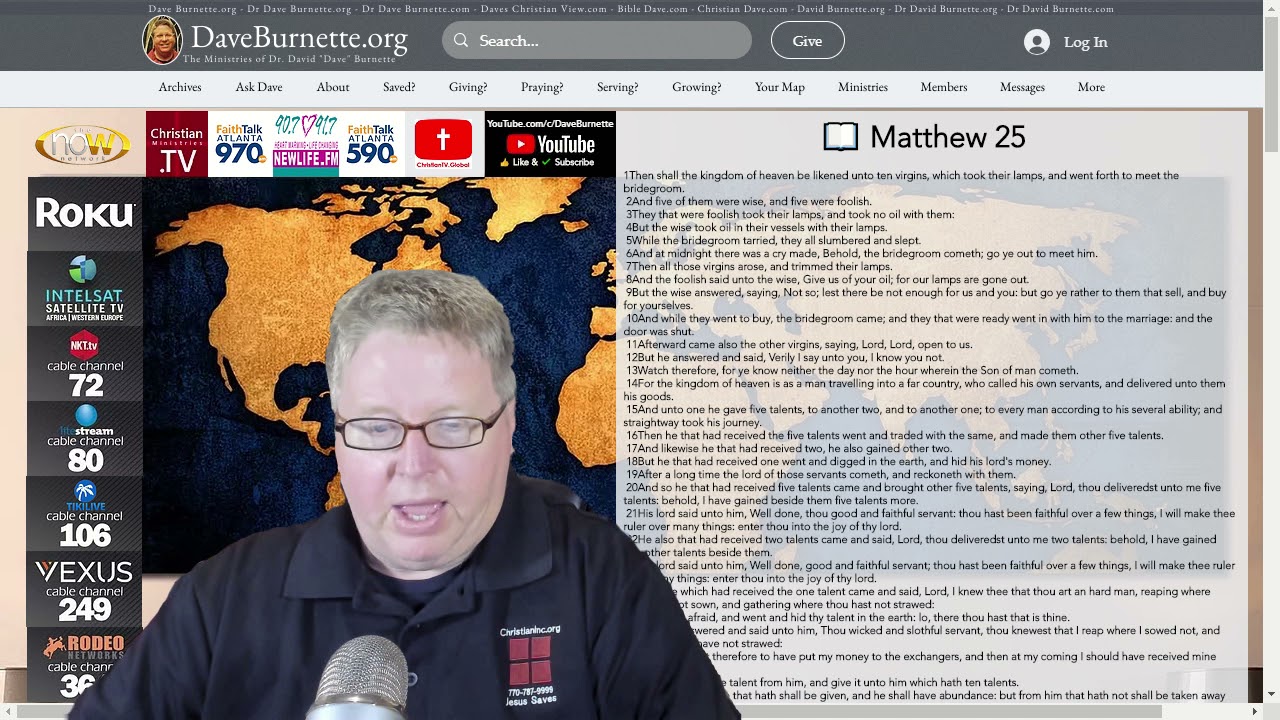 Matthew 25 ✒️ Are You Investing Your Talents? 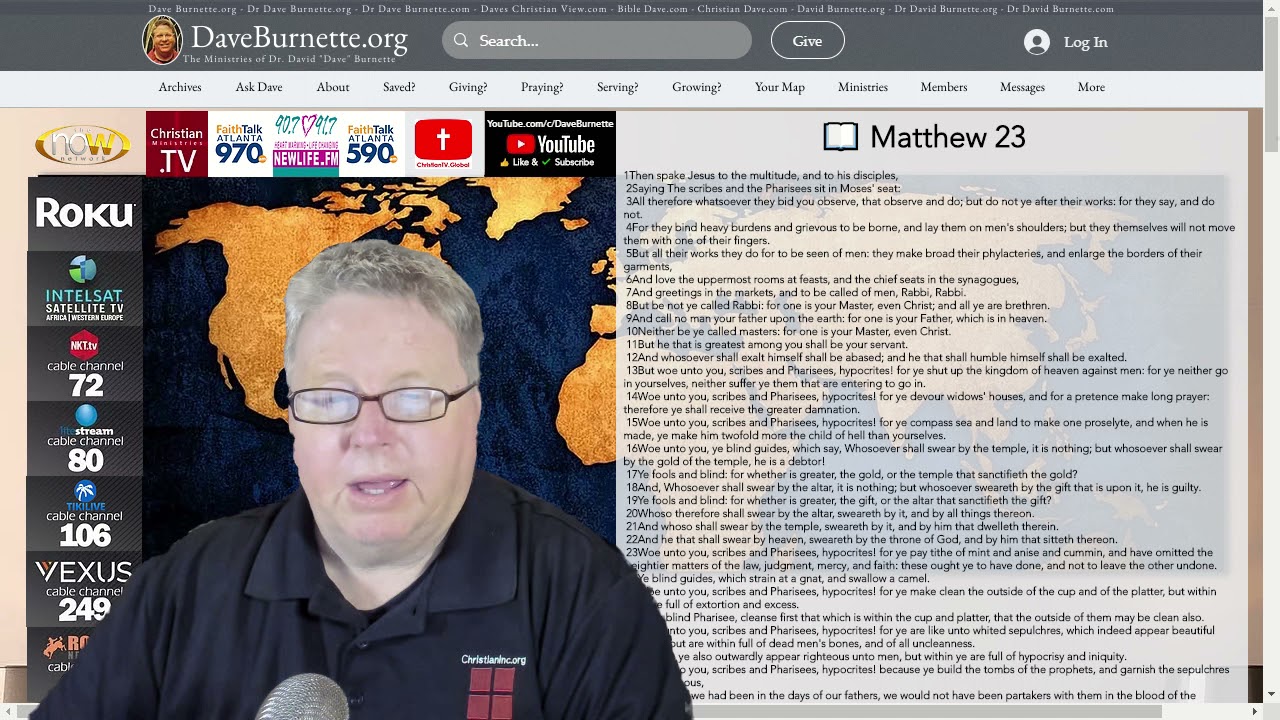 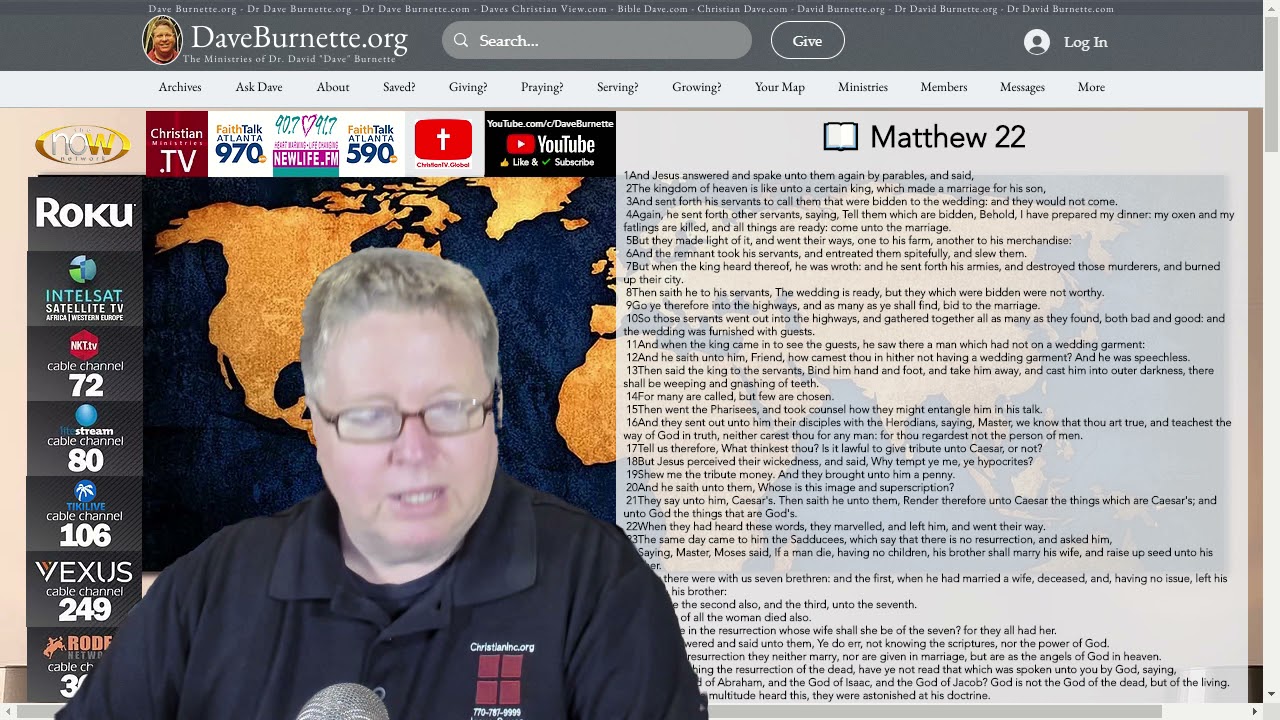 Matthew 22 ✒️ Go Into the Highways and Hedges

Revelation 14 1And I looked, and, lo, a Lamb stood on the mount Sion, and with him an hundred forty and four thousand, having his Father's name written in their foreheads. 2And I heard a voice from heaven, as the voice of many waters, and as the voice of a great thunder: and I heard the voice of harpers harping with their harps: 3And they sung as it were a new song before the throne, and before the four beasts, and the elders: and no man could learn that song but the hundred

Revelation 13 1And I stood upon the sand of the sea, and saw a beast rise up out of the sea, having seven heads and ten horns, and upon his horns ten crowns, and upon his heads the name of blasphemy. 2And the beast which I saw was like unto a leopard, and his feet were as the feet of a bear, and his mouth as the mouth of a lion: and the dragon gave him his power, and his seat, and great authority. 3And I saw one of his heads as it were wounded to death; and his deadly wound w

Revelation 12 - It is Still the Blood

Revelation 12 1And there appeared a great wonder in heaven; a woman clothed with the sun, and the moon under her feet, and upon her head a crown of twelve stars: 2And she being with child cried, travailing in birth, and pained to be delivered. 3And there appeared another wonder in heaven; and behold a great red dragon, having seven heads and ten horns, and seven crowns upon his heads. 4And his tail drew the third part of the stars of heaven, and did cast them to the earth: an

Revelation 11 - Be a Witness

Revelation 11 1And there was given me a reed like unto a rod: and the angel stood, saying, Rise, and measure the temple of God, and the altar, and them that worship therein. 2But the court which is without the temple leave out, and measure it not; for it is given unto the Gentiles: and the holy city shall they tread under foot forty and two months. 3And I will give power unto my two witnesses, and they shall prophesy a thousand two hundred and threescore days, clothed in sack

Revelation 10 - The Everlasting Word of God

Revelation 10 1And I saw another mighty angel come down from heaven, clothed with a cloud: and a rainbow was upon his head, and his face was as it were the sun, and his feet as pillars of fire: 2And he had in his hand a little book open: and he set his right foot upon the sea, and his left foot on the earth, 3And cried with a loud voice, as when a lion roareth: and when he had cried, seven thunders uttered their voices. 4And when the seven thunders had uttered their voices, I

Revelation 9 - Hell is a Real Place

Revelation 9 1And the fifth angel sounded, and I saw a star fall from heaven unto the earth: and to him was given the key of the bottomless pit. 2And he opened the bottomless pit; and there arose a smoke out of the pit, as the smoke of a great furnace; and the sun and the air were darkened by reason of the smoke of the pit. 3And there came out of the smoke locusts upon the earth: and unto them was given power, as the scorpions of the earth have power. 4And it was commanded th

Revelation 8 And when he had opened the seventh seal, there was silence in heaven about the space of half an hour.1 2And I saw the seven angels which stood before God; and to them were given seven trumpets. 3And another angel came and stood at the altar, having a golden censer; and there was given unto him much incense, that he should offer it with the prayers of all saints upon the golden altar which was before the throne. 4And the smoke of the incense, which came with the p

Revelation 6 1And I saw when the Lamb opened one of the seals, and I heard, as it were the noise of thunder, one of the four beasts saying, Come and see. 2And I saw, and behold a white horse: and he that sat on him had a bow; and a crown was given unto him: and he went forth conquering, and to conquer. 3And when he had opened the second seal, I heard the second beast say, Come and see. 4And there went out another horse that was red: and power was given to him that sat thereon

Revelation 7 - Salvation is in Christ Alone

Revelation 7 1And after these things I saw four angels standing on the four corners of the earth, holding the four winds of the earth, that the wind should not blow on the earth, nor on the sea, nor on any tree. 2And I saw another angel ascending from the east, having the seal of the living God: and he cried with a loud voice to the four angels, to whom it was given to hurt the earth and the sea, 3Saying, Hurt not the earth, neither the sea, nor the trees, till we have sealed

Revelation 5 - He is Worthy

Revelation 5 And I saw in the right hand of him that sat on the throne a book written within and on the backside, sealed with seven seals.1 2And I saw a strong angel proclaiming with a loud voice, Who is worthy to open the book, and to loose the seals thereof? 3And no man in heaven, nor in earth, neither under the earth, was able to open the book, neither to look thereon. 4And I wept much, because no man was found worthy to open and to read the book, neither to look thereon.
1
234